Start a Wiki
A pact is made between a cursed soul and a possessed soul to join their powers and fulfill their desires. Once both souls' desires are fulfilled, they will split and go on as nature intended. If either one or both desires are not able to be fulfilled, then they will turn to a monster of failure as a summation of both beings.

When asleep, the two souls can converse. A pact has the capability to bring back those near death, as it makes the pactmakers "practically immortal". There is no set time limit for when the pact must be completed, however a cursed soul and a possessed soul have until circumstances render it impossible to complete the pact.

After TITAN threatened to take over, the chances of Wrathia Bellarmina's kingdom surviving were slim. In order to get back at TITAN, Wrathia brewed potions, explaining, "If we couldn't gain victory in life, we could win victory in death". The potions allowed the drinker to attach themselves to the next life form born, and make a pact. Wrathia made a bottle for each of her strongest warriors, including herself.

Wrathia poisoned their shares of wine with Pedri Nanezgani, and after drinking it, she came to her death. Her spirit soon came into Ava Ire's body, and thus, she was connected to Ava.

While not very much is known about the changes that come with the pact, it does seem that there are both physical and behavioural changes.

Ava Ire has several noticeable changes after she made a pact with her demon, Wrathia Bellarmina. She is furious with Wrathia when talking to her, clashing with her more toned-down behaviour from earlier on. Although this may be a coincidence, this is likely to be caused by the pact, given Wrathia’s association with the sin of wrath. Her eyes gain a red colouration, and she appears more like Wrathia in tone colours. Ava also gains a drawer in her chest which acts to hold the Book of Wrath. Furthermore, Ava’s body can attain very high temperatures, and she is even able to melt down the sword she was impaled with. This happens more often when emotional, and can even lead to her producing magma in her mouth. In short, Ava gains many of Wrathia’s known traits, giving the impression that their souls actually merged into one.

With Maggie Lacivi, it is harder to tell what has changed behaviorally as we know little about her life and how she was before her pact. We do know of some physical changes; her hair has turned green, and her eyes have changed slightly. She has also gained the power to make her appendages become vines, which seems to make her stronger physically. In her stomach region, there is a green door, The Door of Lust, which holds the flowers used on targeted people to elicit love. These flowers come from her pacted demon, Tuls Tenebrose.

Currently among the four known main characters, only two have confirmed pacts, Maggie and Ava. Maggie has pacted with Tuls, and Ava has pacted with Wrathia. Gil has not pacted with Nevy at this point, as he can still see her separately while awake, and the same goes for Odin and Pedri. 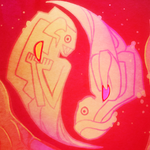 avas half of the act being complete

ava waking after accepting the pact with wrathia

ava born with wrathia attached to her soul

wrathia taking control of ava
Add a photo to this gallery
Retrieved from "https://avas-demon.fandom.com/wiki/Pacts?oldid=11634"
Community content is available under CC-BY-SA unless otherwise noted.